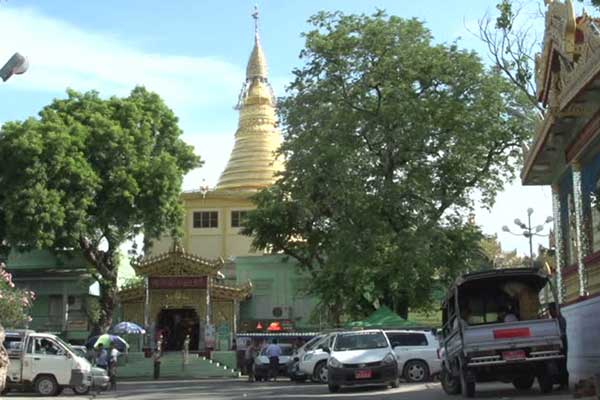 Swam-Oo-Ponnya-Shin Pagoda is located at the top of Sagaing's thirty or so hills at an elevation of 684 feet. In ancient times it was known as Nga – Pha Taung, meaning, "Five Frog Hill" because its shape resembless a frog. Because it has always been surrounded by forested hills and valleys containing monasteries suitable for meditation, it has also been known as Dhammika Taung, or "the Hill of the Practitioners". Just as it was a custom in ancient times to place a tower at the center of the capital city, so too is this pagoda situated in the very center of the Sagaing Hills. From its high vantage point you can see Mandalay, Amarapura, Sagaing City, the Shan Hills in the distance, and the Ayeyarwadi River flowing below. The panorama from the pagoda platform is lovely in all four directions. 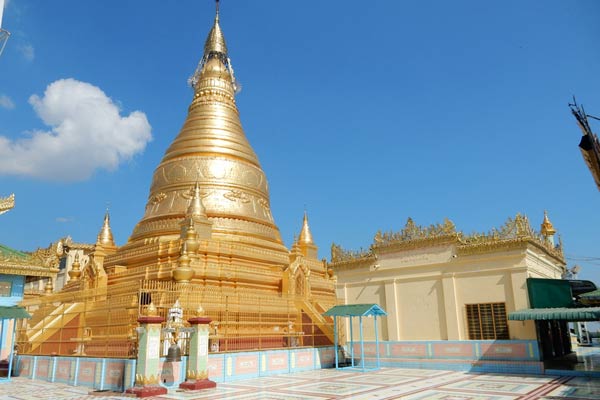 Swam-Oo-Ponnya-Shin pagoda, also known as “early offering shrine,” is the most important temple on the southern end of Sagaing Hill. 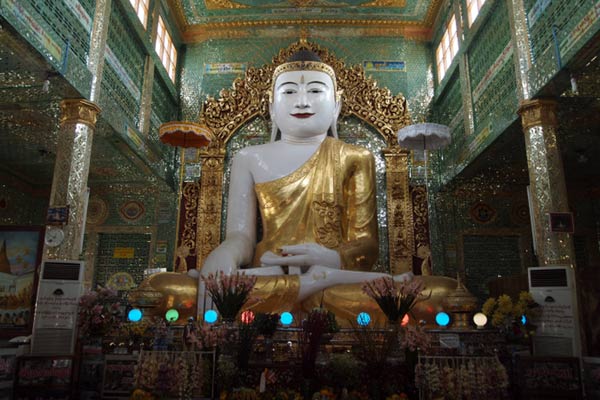 If you ascend the Eiffel Tower in Paris or the World Trade Center in New York, the view hardly compares with what you see when you climb the long covered stairways leading to Swan – Oo Ponnya – Shin. These paths wind along up and down as if following the spine of some giant serpent. Your climb will first take you past a series of monasteries and nunneries, some of them quite picturesque, then pagodas, and then, just below the summit, a cluster of little shops selling refreshments and souvenirs. Leisurely ascending, descending and ascending again, you can see any particular spot along the way from many different angles and altitude. 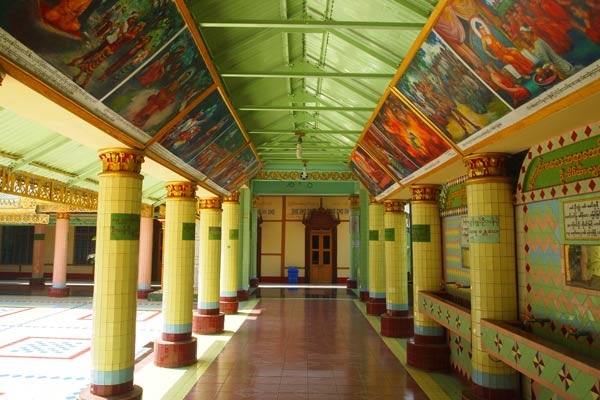 The Swam – Oo – Ponnya – Shin is itself entirely covered in gold, so if one reaches the pagoda platform at midday, the monument will be almost too brilliant to behold. At other times, especially in the early morning and late afternoon, It take on every nuance of the sun. It is all very beautiful and reaching it is really an enjoyable experience. 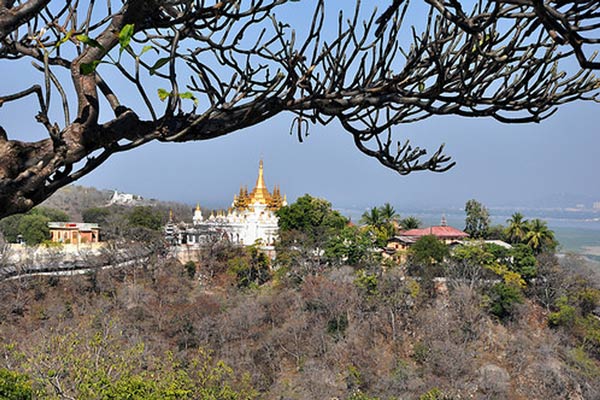